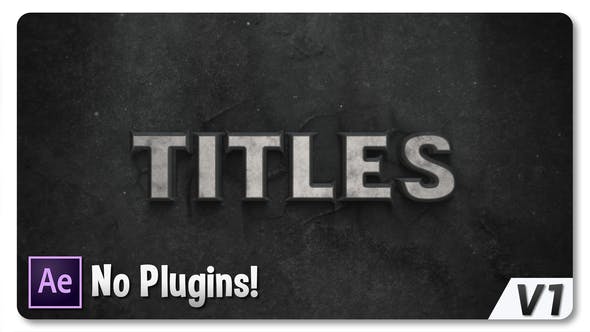 See all >
This item have not any reviews now :(
Be the first!

Project Features
Sound Effects
Sound Effects are included! The sound effects included in this project are created by Joshua Crispin (Generdyn), a professional sound designer and composer from Australia. He has worked with notable music companies from around the world who provide music for big hollywood blockbuster films.
Check out his website and social media!

Customize Your Titles…
Customizing your titles is very easy and user-friendly! Every title has its own control layer which can be used to change the look of the text and many important aspects of the animation. It’s just a few clicks and you’re done! Although the project file is self explaining there is a detailed user guide included!
Here are some examples of what you can change…