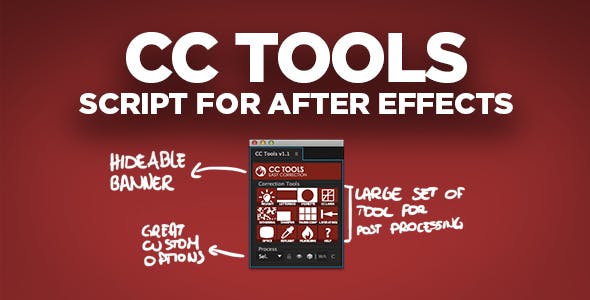 See all >
This item have not any reviews now :(
Be the first!

CC Tools is a script for making quick, easy and awesome color corrections in After Effects. You have different processing options to fit your needs and a lot of different tools that come in handy in different situations such as letter boxing, dithering, vignetting, thumbnail comp, sharpen an so on.

The script has been tested in After Effects CS4+. CS3 should work as well.
Music: Arc North – Lux.